While Apple’s iPhone has outsold Research in Motion’s BlackBerry line for quite some time now, a recent survey discovered that Apple’s handset has now surpassed RIM in terms of active U.S. users. 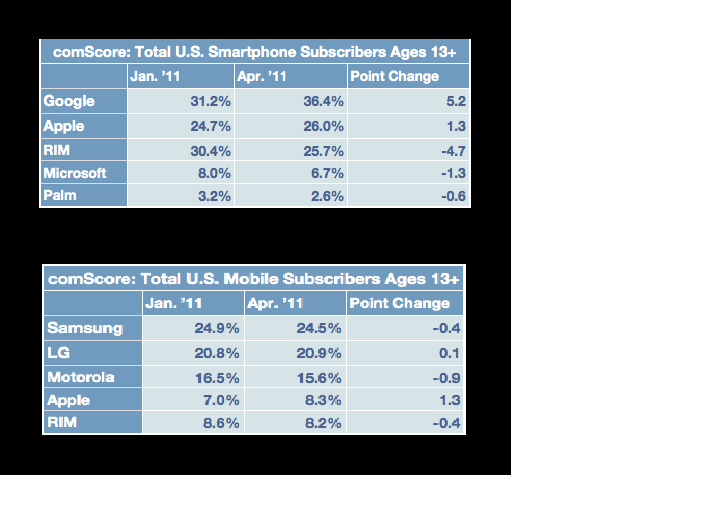 The new numbers from comScore rank both smartphone platforms, according to which Apple’s iOS is second only to Google’s Android, and hardware usage, where Apple took fourth. Both of Apple’s rankings for the first time narrowly defeated RIM, which took third in platform, and fifth in hardware.