Twitter user, SebastienPeek, sent out an update a few hours ago, claiming that he himself saw a truck full of iPhone 4S prototypes heading towards Sydney, Australia. And according to Sebastien, like the iPod Touch, they had silver backs, instead of glass rear panels. 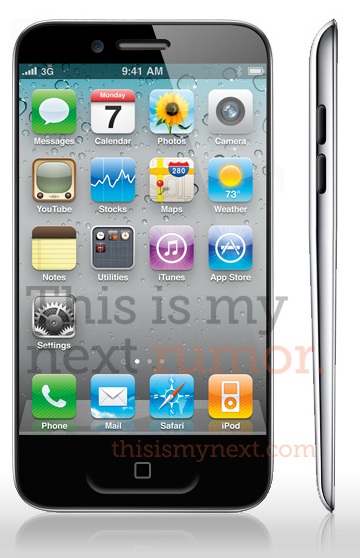 This happens to be not the first time we’ve heard that the next iPhone might replace the crackable Gorilla Glass rear panel of the iPhone 4 with a more traditional, iPod style design. In fact, rumor also has it that this is precisely the direction Apple would take with the next iPhone, citing their own insider reports.

Though, this is a hard rumor to take at face value but it could be possible that they were only iPhone 4S test devices, destined for the field to be tested by Australian mobile carriers, as considering how closely Apple keeps their iPhone prototypes secret, it’s hard to believe that some random guy would be able to catch a glimpse of a truck full of them.