The Tyrant Clock, designed by Alice Wang has to be the meanest alarm clock concept ever invented. Some alarm clocks make a terribly annoying noise or require you to complete a physical task to shut them off. There’s even some now that will shake your bed until you’re up. Not the Tyrant Clock. This clock takes waking up into pure psychological warfare territory. You’re not going to hear many alarm clocks called pure diabolical evil but there you go, you just did. 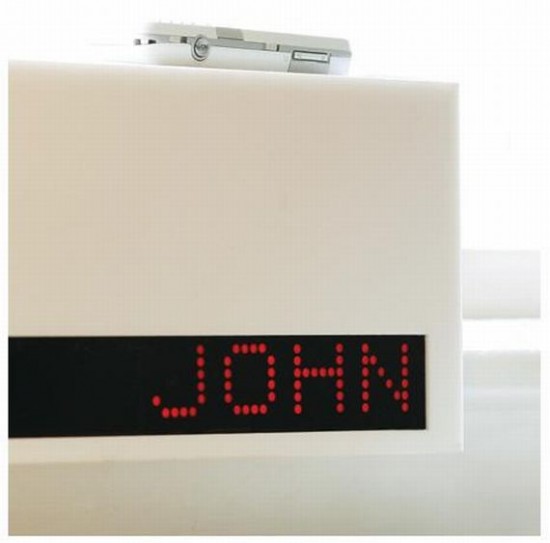 The clock syncs up with your cell phone, randomly goes through your contact list, and then calls someone different every three minutes after your intended wake up time. It displays in a large size the name of the person who’s about to get their own wake up call from you. The potential for it to call someone and in some way completely ruin your life is huge. A disaster waiting to happen, which would make it the ideal alarm clock.