Free energy is perhaps the Holy Grail of everything, but somehow it happens to elude us even in a technologically sophisticated society such as ours. We tell you through Steve Nelson, a Physics professor who holds a Ph. D. from Duke University, that why free energy as depicted in the following images or schemes is simply impossible. These images have been fetched from reditt.com. 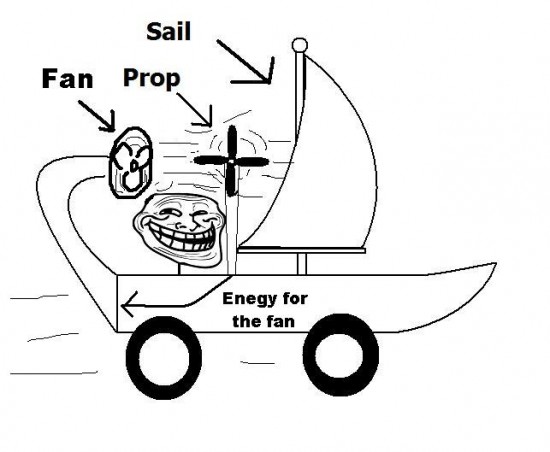 The force the fan puts on the air is put on the fan as well, in accordance with Newton’s 3rd law. Because of this, there is no net force on the sail-car, resulting in zero movement. Also, conservation of energy prevents you from recovering the energy of the wind for the fan. 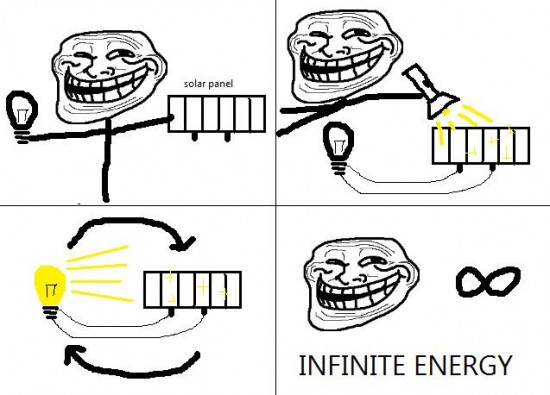 Solar cells are only about 15% efficient, which kills the concept of free energy in this method in the first place. Light bulbs are even less efficient. Even if you could get a 100% efficient light bulb and a 100% efficient solar cell, you still wouldn’t ever be able to extract a net gain of energy from the system. Even the act of seeing light from the light bulb would necessarily mean that energy was being removed from the system, making the bulb increasingly dim until all the energy was dissipated. 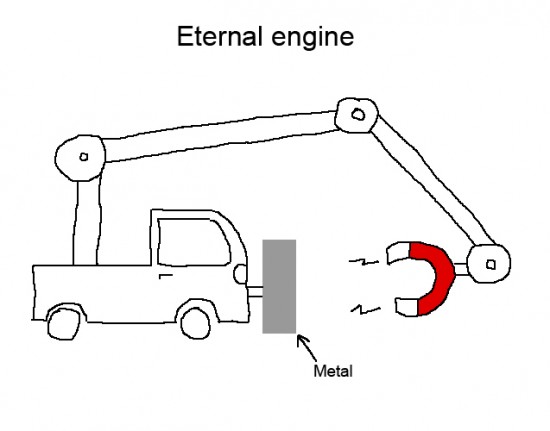 Although it is one impossible feat to cut through the earth and another one to extract free energy, even if we assume that some super drills will be invented that can cut through the earth with the greatest of ease the notion of extracting energy perpetually is a tough one as this system is subject to magnetic damping that will extract energy from the system over time. This pictured system would produce eddy currents in the conductor due to movements in the magnetic field. The flow of electrons in the conductor would create an opposing magnetic field which would result in the damping of the magnet and cause heat inside of the conductor. The loss of the energy used to heat up the conductor would be equal to the loss of kinetic energy of the magnet.