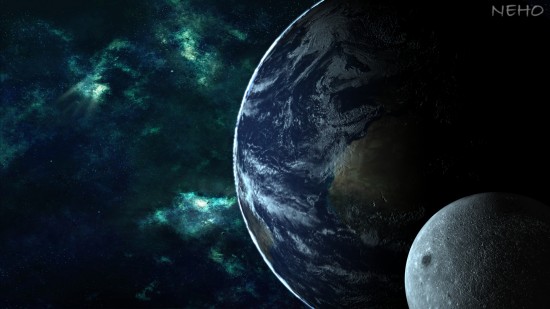 Fox News has its own unique view of the world, where the facts rarely get in the way, most recently in the way Fox pollster Frank Luntz used a strange brand of faux science to find a panel of people unimpressed by President Obama’s recent State of the Union address. But when it comes to seeing the world through the wrong end of a telescope, no one tops Bill O’Reilly, who has been the butt of a thousand jokes after confronting an atheist on his show with irrefutable evidence of the existence of God–using as his evidence the fact that the tides come in and the tides go out. I mean, O’Reilly said with great certainty, who else could possibly be controlling that?

As any scientist could tell you, it’s the moon that controls the tides. So Papa Bear has taken to the airwaves again to pursue a new wrinkle in his faux science agenda. He now acknowledges that the tides might indeed be controlled by the moon. But so what? As he says: “How’d the moon get there? Can you explain that to me? How come we have that? And Mars doesn’t have it. Venus doesn’t have it. How come?”

Actually, as any amateur astronomer knows, Jupiter has lots of moons, 63 in all, several of which you can see through a good pair of binoculars. One of them, Ganymede, is actually larger than Mercury. Saturn has 62 moons. Uranus has 27 moons. And hey, Bill, Mars actually has two moons of its own, that were discovered in 1877, long before even Roger Ailes was born. As far as I know, there’s no evidence that either of them are made of green cheese either. I’m beginning to think that O’Reilly might have slept through quite a few of his fifth-grade science classes. But he sure is certain in his beliefs. Here, watch for yourself: