The Nintendo 3DS will allow you to play games with 3D effects without the need for any special glasses, according to Nintendo. 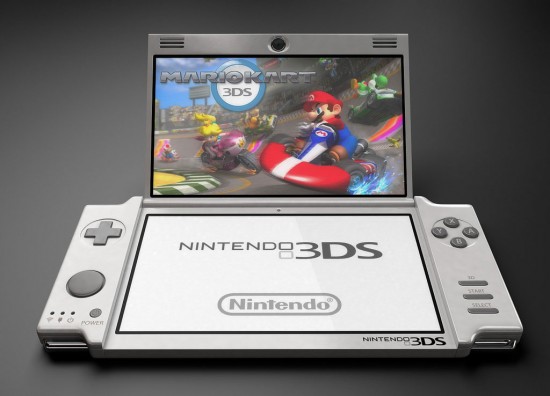 The enhancements in the 3DS are not limited to the 3D screen, but it is fair to say that it is this addition that will define it, despite some nifty communications tools like Street Pass and Spot Pass and, crucially, an analogue stick to join the almost bewildering array of input options already present in the DS platform

The Nintendo 3DS will live or die by the 3D – and despite a lackluster launch line-up, the early indicators are that this will make sure the entire platform is alive and kicking for some time to come
Nintendo’s flogged over 125 million DS handhelds worldwide and isn’t prepared to stop this money-printing exercise any time soon. The company intends to corner the market with 3D technology rather than simply pinning its hopes on increased graphical capabilities.

The company claims the 3DS will be backwards compatible with all previous DS and DSi software, suggesting that the new handheld will feature a dual screen and dual cameras.