Mining the earth for resources, or exploiting as many would say, has been a source of some massive open surgeries to the body of mother earth which present a sight that is awe-inspiring, owing to its colossal nature. Today, we take a look at 10 such earth holes which would take a long long time to heal. 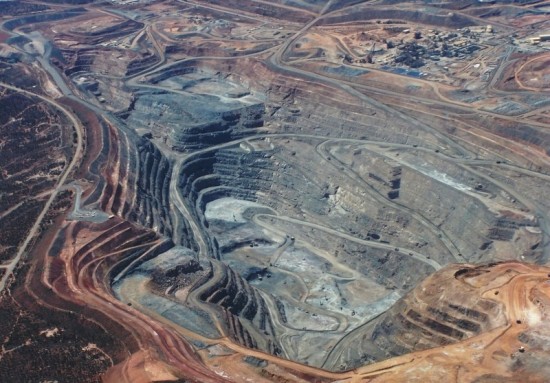 At 3.5 km long, 1.5 km wide and 360 m deep, the Kalgoorlie Super Pit is Australia’s largest open cut gold mine. Located off the Goldfields Highway on the south-east edge of Kalgoorlie-Boulder, Western Australia, the pit is large enough to be seen from outer space! The mine opened in 1893 and produces 28 tonnes of gold per year and is expected to operate until 2017.

Here is a tourist video of the place: 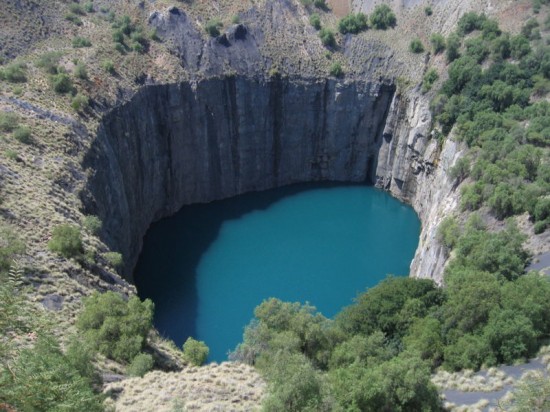 Also known as Open Mine or more properly Kimberley Mine, the Big Hole is said to be the largest hole excavated by hand and is located in Kimberley, South Africa. Before it was closed in 1914, 50,000 workers broke their backs using picks and shovels shifting 22.5 million tones of earth, yielding almost 3 tones of diamonds for their country. The Kimberley Mine is 463 meters wide 240 meters deep but only 175 meters of the hole is visible now due to water-accumulation. There is currently an ongoing effort to register the Big Hole as a World Heritage Site.