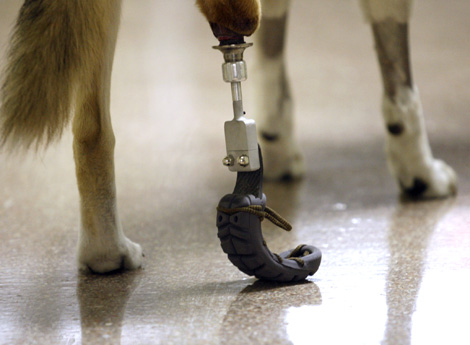 The ideal prosthetic limb would behave like part of the natural body. Osseointegration allows prosthetics to fuse with a patient’s living bone–it works by taking advantage of the fact that bone cells attach to titanium instead of rejecting it. The technique has already been used for small-scale dental and facial implants, and researchers are now bringing it to full-scale limb prosthetics. After a successful lower-leg implant in 2008 on a German shepherd named Cassidy, veterinary surgeons at North Carolina State University have six more leg operations on amputee dogs planned for 2010, and are considering a case involving an ocelot at the North Carolina Zoo. But the big challenge ahead is to implement the technology in human limbs.

Trillions of cubic feet of natural gas in the United States lie buried within layers of shale as much as 11,000 feet deep. Much of this gas is inaccessible through ordinary wells–the dense rock makes it flow too slowly. The answer: wells that drill vertically down to the shale bed, then make a gradual 90-degree horizontal turn through the shale deposit. It’s an old idea, but higher energy prices and better technology have suddenly made it a hit. In 2008, Chesapeake Energy deployed 14 horizontal drilling rigs in the South’s massive Haynesville Shale deposits, and they expect to have 40 rigs up by the end of 2010. 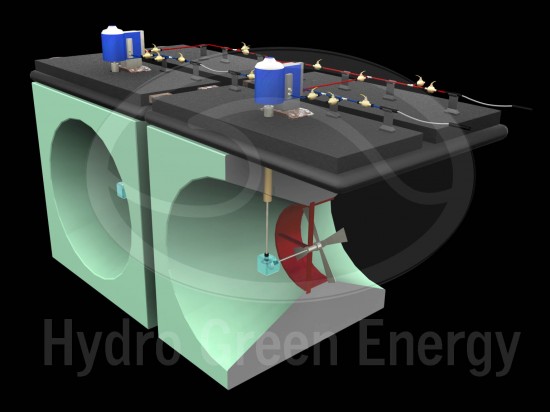 Traditional hydroelectricity requires dams–massive engineering works that remake local landscapes and ecosystems. A less intrusive solution: kinetic hydropower, which uses underwater turbines to capitalize on the natural flow of rivers and tides. Since 2006, Verdant Power has been testing six underwater turbines in New York’s East River to prove the technology’s potential. In 2010, the company expects to receive licensing for a major build-out of 30 underwater turbines in the river, to the east of New York’s Roosevelt Island, that will feed 1 megawatt of power into the grid. Other projects around the world are expected to complete testing soon and begin full-scale operation, including three installations that tap some of the highest tidal ranges in the world, in Canada’s Bay of Fundy. 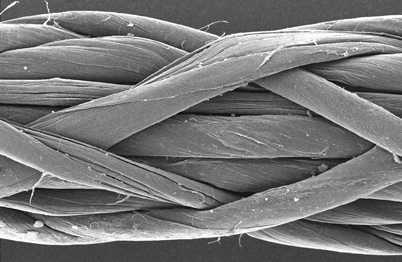 Carbon nanotubes have been touted as the next big thing ever since their discovery in 1991. The appeal lies in their strength (they are up to 100 times stronger than steel) and their ability to conduct both heat and electricity. But, until now, they’ve been too difficult to manufacture in useful quantities. That’s finally changing: New Hampshire-based Nanocomp Technologies is weaving nanotubes into lengths of yarn that can be built into commercial applications. The company recently delivered more than 6 miles of nanoyarn to a major aerospace client, and successful bullet-stopping tests last spring have the Pentagon excited about the prospect of next-gen body armor that’s both lighter and thinner than Kevlar. 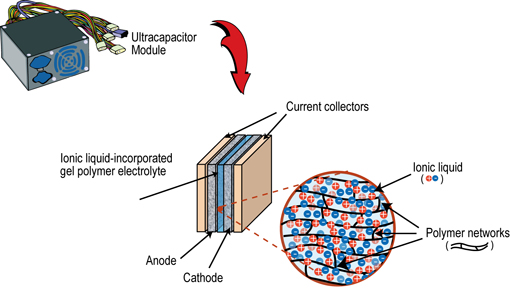 The biggest challenge for electric cars is energy storage: Batteries are better than ever, but they are still expensive, slow to charge and have fairly limited life spans. The solution may be ultracapacitors, which hold less energy than batteries (at least as the technology currently stands) but have virtually none of their drawbacks. That means longer life spans, no messy chemical reactions, no issues with battery memory and far greater durability. Researchers have been trying to perfect automotive ultracapacitors for several years (MIT is working on nanotube-based ultracaps, while Argonne National Laboratory is exploring battery-ultracap hybrids), but the big move could come from the secretive Texas-based company EEStor, which announced in April that its barium-titanate design had passed a crucial test. Though the company’s claims have aroused skepticism, EEStor’s automotive partner, ZENN Motors, is hyping the release of an ultracapacitor-powered car in 2010.