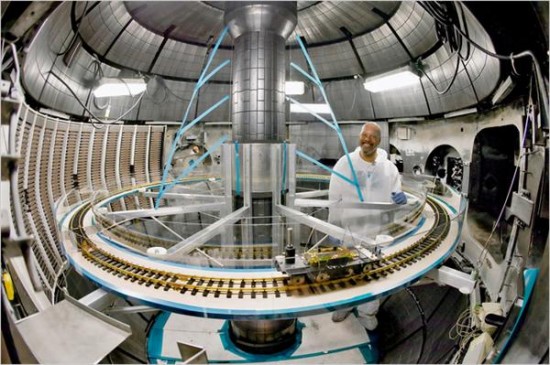 While Princeton University’s National Spherical Torus Experiment was shut down for improvements over the winter break, scientists and engineers availed themselves of the opportunity to recalibrate the reactor’s neutron sensors. To do so, they assembled a circular toy train track around the torus and ran a toy locomotive carrying a chunk of neutron-emitting californium-252 along it for three days. The New York Times explains:

A stationary neutron source was previously used for the calibration, but that did not fully capture how the neutrons bounced around. Putting the californium on the moving train improved the accuracy by about a factor of 10, Dr. Ono said.