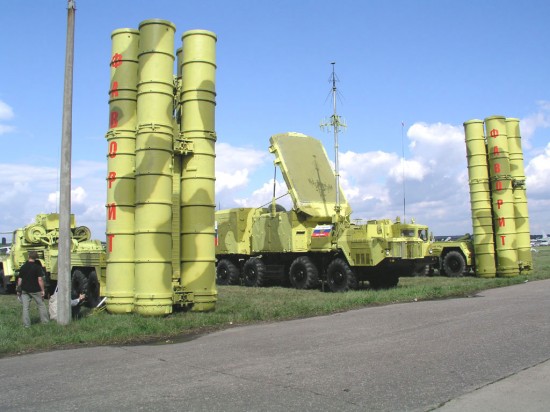 This is another variant of the S-300 system also known as S-300VM. The system is capable of intercepting short and medium-range ballistic missiles with a launch range of up to 2,500 km, aeroballistic and cruise missiles, strategic and tactical aircraft, as well as loitering ECM platforms and high precision weapon systems in multiple air threat conditions, a complex air situation and severe ECM environment. The Antey-2500 is equipped with the lethal 9M82M missile. The 9M82M missile is intended to defeat tactical, theater and medium range ballistic missiles, as well as aerodynamic targets at a range of up to 200 km. The missile is controlled throughout the entire flight trajectory. The 9M83M missile is intended to engage tactical and theater missiles as well as aerodynamic targets at short and medium ranges. The Antey-2500 system is mounted on tracked cross-country vehicles provided with self-contained power supply and navigation systems, surveying and positioning equipment. 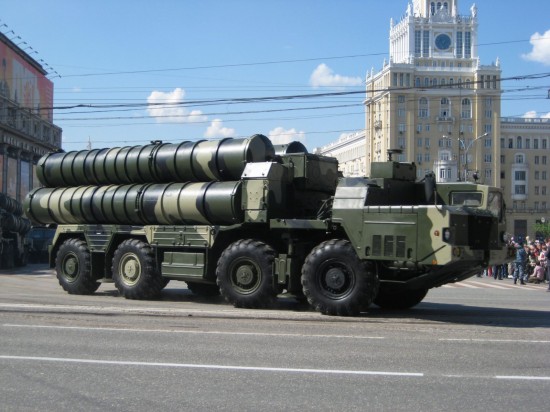 Introduced in 1999, it was the first system which integrated different missiles on a single platform. In addition to the 5V55R, 48N6E and 48N6E2 missiles the S-300PMU-1 can utilise two new missiles, the 9M96E1 and 9M96E2. The S-300PMU-1 typically uses the 83M6E command and control system, although it is also compatible with the older Baikal-1E and Senezh-M1E CCS command and control systems. The 83M6E system incorporates the 64N6E (BIG BIRD) surveillance & detection radar. The S-300PMU-2 is an upgrade to the S-300PMU-1 with range extended once again to 195 kilometers with the introduction of the 48N6E2 missile. This system is apparently capable against not just short range ballistic missiles, but also medium range tactical ballistic missiles. It uses the 83M6E2 command and control system, consisting of the 54K6E2 command post vehicle and the 64N6E2 surveillance/detection radar. Optionally it can make use of the 96L6E all altitude detection radar and 76N6 low altitude detection radar, just like the S-300PMU-1.

Prev2 of 5Next
Use your ← → (arrow) keys to browse
Comments