China has overtaken the United States as the world’s biggest producer of greenhouse gases and biggest energy consumer. But the country is also thinking in big and bold ways when it comes to how it will reduce pollution and a new plan to build a “straddling bus” is among the boldest space-age schemes yet.

In an effort to go green and relieve congestion without widening roads, the Shenzhen Huashi Future Parking Equipment company is developing a “3D Express Coach”, also known as a “three-dimensional fast bus”. 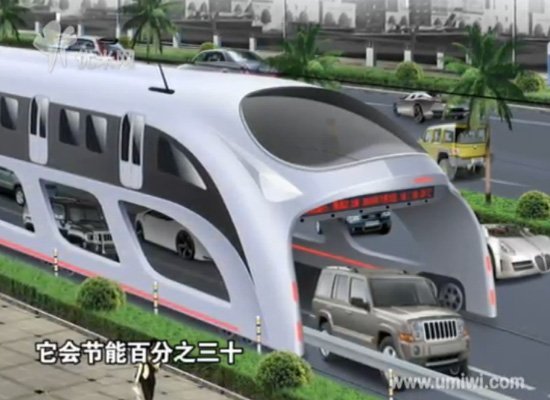 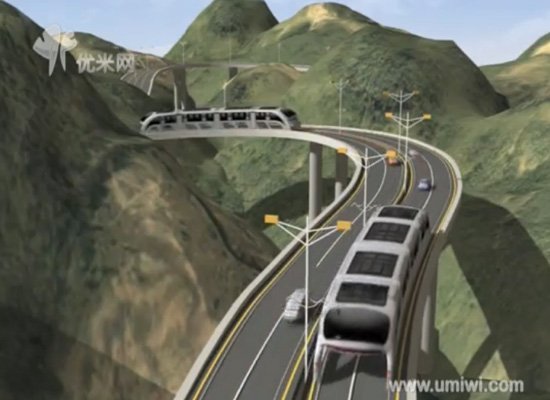 The innovation will allow cars less than 2 meters high to travel underneath the upper level of the vehicle, which will be carrying passengers. According to China Hush, the 6 meter wide 3D Express Coach will be powered by a combination of electricity and solar energy, and will be able to travel up to 60 kilometers per hour carrying some 1200 to 1400 passengers. 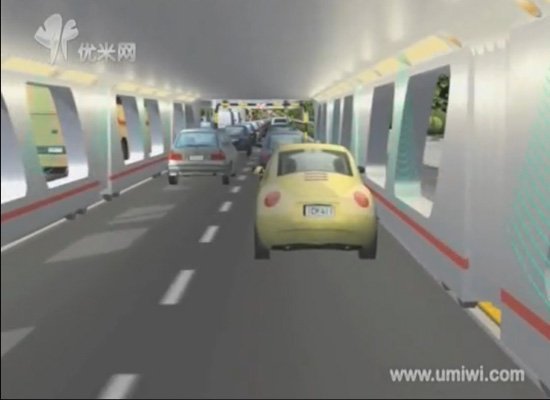 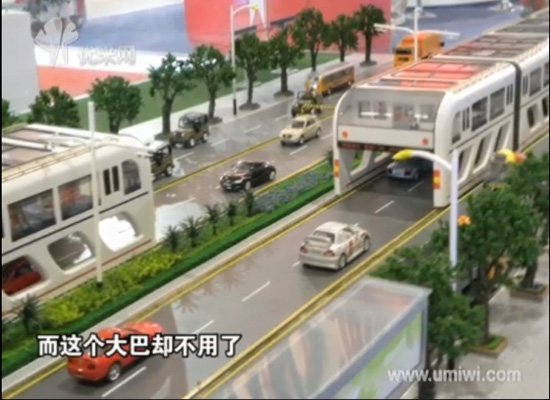 The first 115 miles of track is set for construction in Beijing’s Mentougou district starting in late 2010. The Chairman of the Huashi Future Parking Equipment company boasts it will take only a year and 500 million yuan, around $73 million, to build the futuristic transportation system.