Apple on Tuesday unveiled its long-rumored Magic Trackpad, a multitouch input device for your Mac desktop. The wireless, Bluetooth-powered Trackpad behaves much like the multitouch trackpads on recent MacBook Pros, incorporating a host of swipes and gestures to better navigate your computer.

The Magic Trackpad is a single surface; the trackpad is the button–again, just like the trackpads on recent MacBook Pros. The device sits at the same level of incline as Apple’s Wireless Keyboard, meaning you should be able to move your hands back and forth between the keyboard and the trackpad with ease. 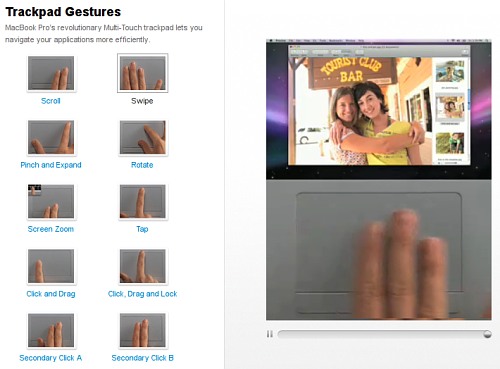 Gestures include scrolling, rotating, zooming, and more with two fingers, along with three-finger swiping back and forth between Web pages, and four-finger Exposé triggers.

Apple says that the new Magic Trackpad is “nearly 80 percent larger than the built-in trackpad on the MacBook Pro,” which by my math means the device will be just shy of 7.4 inches across, by 5.4 inches tall. The company suggests that you could use the Magic Trackpad as a standalone mouse replacement, or in conjunction with your existing mouse instead. 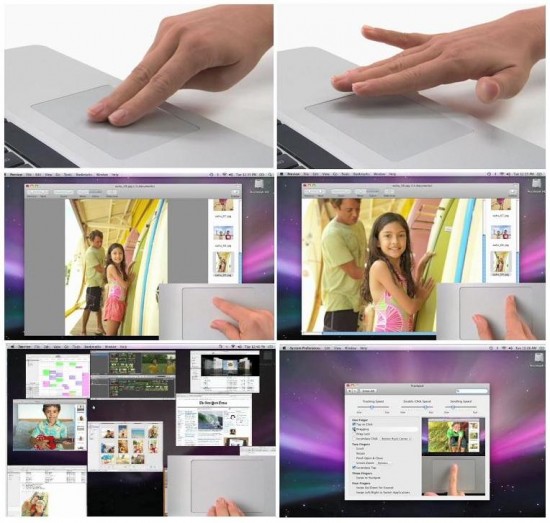 The Magic Trackpad runs on two AA batteries. Apple sells its own battery charger for $29, if you’d like to skew environmentally friendlier.

The Magic Trackpad costs $69 and is shipping now. It requires a Bluetooth-enabled Mac, Mac OS X 10.6.4 or later, and a Magic Trackpad software update.

This Video compares the differences in the system prefs. How the track pad has alot more options then the New Magic mouse!