Flexible gadgets are undeniably sexy – but Japanese electronics giant Sony wasn’t content stopping there. For their newest display, they decided to also throw in ultra-thinness (just 80?m or a bit thinner than a human hair) and the energy-saving power of OLEDs into the mix. The new prototype is so bendy that it can be wrapped around a pencil. From electronic newspapers to LED garments, just think about the applications such a display could be used for!

The new prototype is a huge step up from their last iteration, which Gizmodo reported to be only slightly bendy. According to PCWorld, the new screen contains innovative organic thin-film transistors that are used to make the driver circuitry to run the display. These transistors are capable of being produced directly on a flexible substrate, eliminating the need for rigid driver chips that would prevent the screen from being bent. 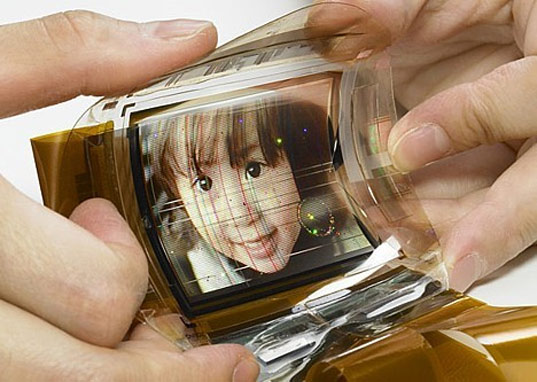 The new OLED display measures 4.1-inches wide with a contrast ratio of under 1,000:1 and a resolution of 432 x 240. And this is crazy – Sony says that this new OLED panel can continue streaming video while rolled up or stretched!