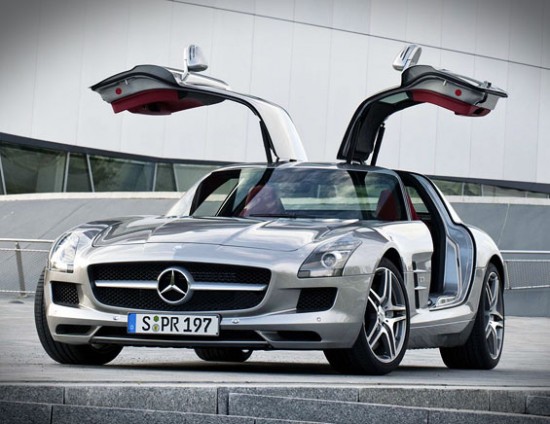 Mercedes has just released the first images of their prototype Mercedes-Benz SLS AMG E-Cell electric supercar. Not only it is propelled by an array of battery powered motors — it also has DeLorean-style (gull-wing) doors, a redesigned front suspension, and paint job specially named Lumilectric Mango. Check out our gallery for a detailed look at the interior with an all-new instrument cluster that makes the Prius dash look like DOS basic. 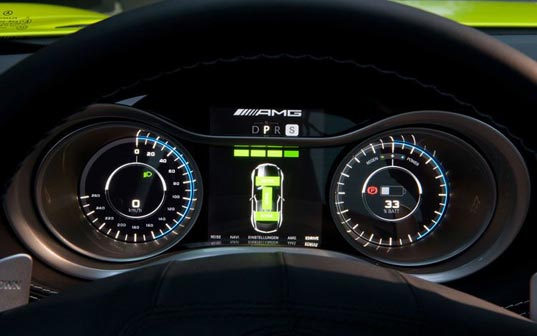 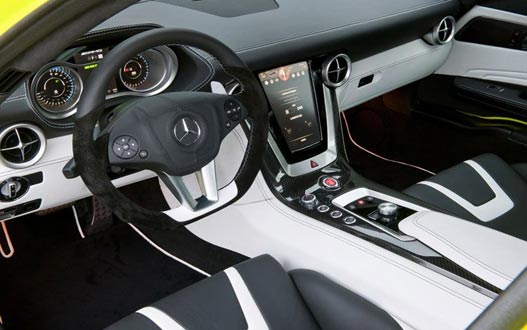 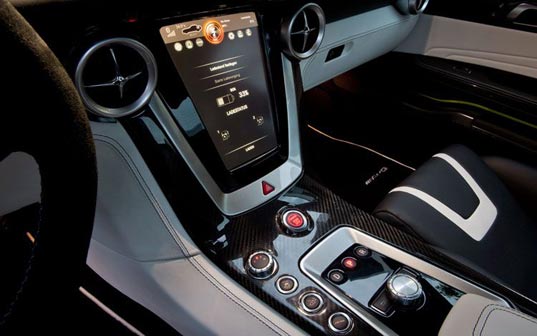 The specs on the vehicle are pretty impressive, and although we have yet to test drive it ourselves, we can get a sense from the Bild magazine video that it drives pretty smoothly. According to the folks at AMG, it can reach 60mph in four seconds. The motors combine to apply 526 horsepower and 649 pound-feet of torque to the wheels, which top out at 12,000 rpm – only slightly less that its gas guzzler competitors. It even has an increased available downforce, due to an extendable front splitter and rear diffuser that trumps a standard 6.2-liter-V8-powered SLS. 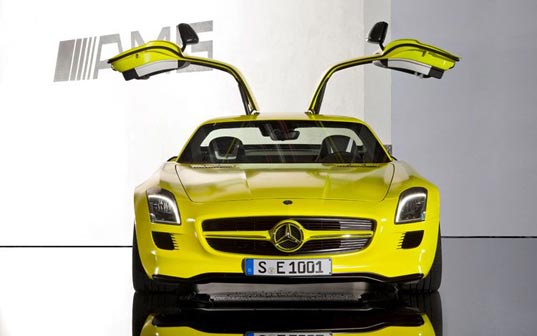 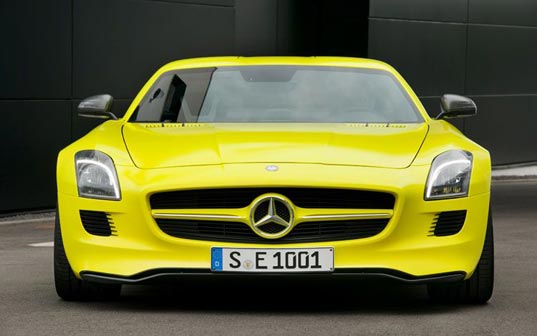 The car is a part of Mercedes’ 2015 strategy to “continually reduce the fuel consumption and emissions of new models in the coming years, while at the same time enhancing the core brand value of performance,” says Ola Källenius, Mercedes-AMG GmbH’s new chairman. Reports say that since Mercedes has already developed this drivable prototype, we should expect to see the model on sale by 2013. 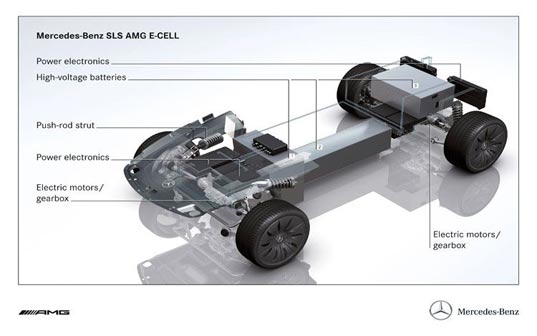