Green architecture comes in many forms though lately it seems like these forms are stranger than ever. Urban skyscraper farms? Floating eco-cities? Glowing solar towers? Turbine-driven skyscrapers? Magnetically levitated wind collectors? Where does it end?! With all of these emerging green technologies it seemed an appropriate time to take a look at seven of the most amazing real and conceptual designs currently at the forefront of ecological innovation. These examples push the limits of ecological architecture and contemporary urban design discourse. 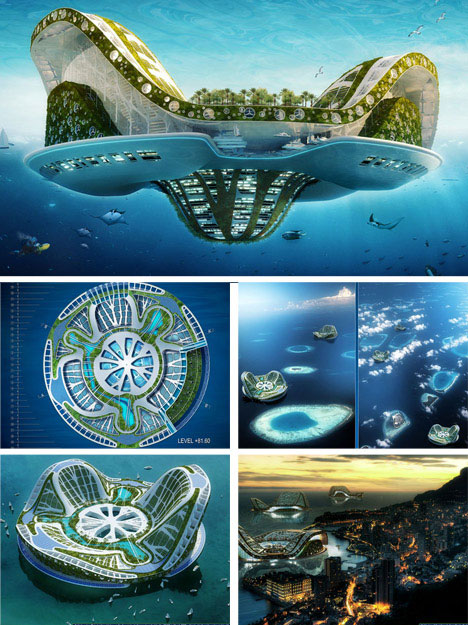 The so-called Lilypad Project is perhaps the most fantastical of these green wonders and certainly the farthest from being built but is too amazing a concept not to mention. The idea is to create a series of floating self-sufficient ocean-going eco-city islands. Each one would be able to house 50,000 residents and would support a great deal of biodiversity. Collecting pools located in their centers would gather and filter water for use on board. These would be places for adventurers and refugees alike as water levels rise around the world and threaten many, particularly island, habitats. 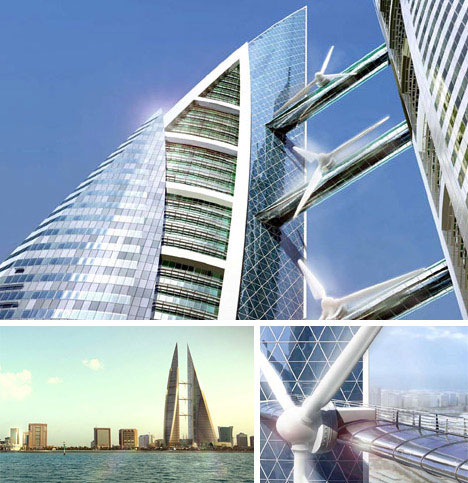 The most impressive feature of the new Bahrain World Trade Center is, no doubt, the three massive wind turbines situated between the two towers comprising the main building. Each of these 80-foot turbines projects from a bridge between towers. The shape of the towers themselves channels and accelerates air moving between them which will help the building generate even more power. It is by far the largest wind-powered design incorporated into a massive building project to date.