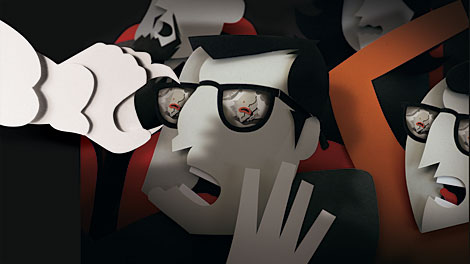 Although digital 3D movies have now been around for a couple of years, the technology’s widespread adoption has been hampered by a stalemate of sort: Studios were reluctant to invest in big-budget 3D movies that could only be played on a small number of screens, but without a steady stream of 3D movies, theater-owners were reluctant to spend the money installing these screens.

This nut was finally cracked this year—the mushrooming number of 3D theaters now numbers in the thousands, and is almost (but not quite) at that critical point where a blockbuster film can be released exclusively in 3D, without having to simultaneously release a watered-down 2D version in order to break even. And while it’s tempting to chalk this conversion up the force of personality behind Avatar auteur James Cameron, who has been pushing the technology relentlessly, this year has just seen an incredibly strong line-up of 3D films across the board: from the gorgeous Up and Coraline, to the cheesy-but-fun My Bloody Valentine and Monsters vs Aliens. A large line-up of 3D TVs and Blu-ray movies is expected to bring the experience home in 2010. 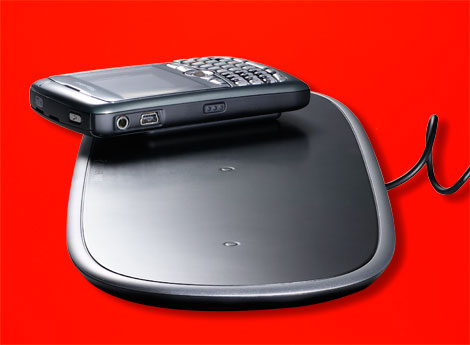 No matter how many cords we cut, electronics still need electricity, usually in the form of power from lithium-ion batteries. But before this year, a cord was pretty much the only way for those batteries to get the charge they need. Enter the era of inductive power. There are now numerous products—such as the Palm Pre and the Powermat charging station—aimed at allowing gadgets to charge without owners having to fumble with cords. And while these solutions still typically require tethered charging pads and special adaptors, that will soon change, as manufacturers begin to build the technology into both gadgets and table tops. The prospect: a future where a phone can pull a charge just be sitting on a table at Starbucks.