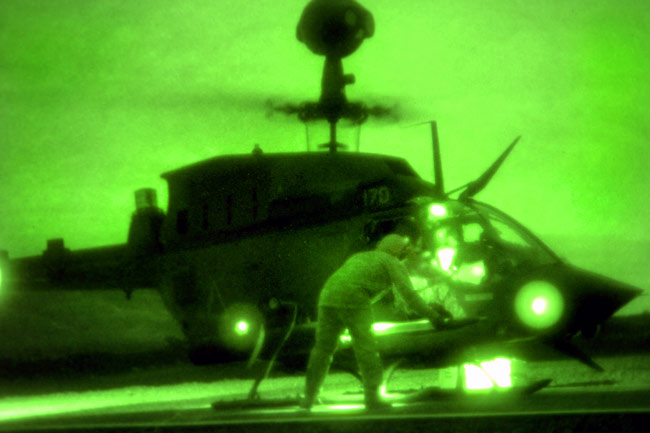 The U.S. Navy wanted to boost sailors’ night vision so they could spot infrared signal lights during World War II. However, infrared wavelengths are normally beyond the sensitivity of human eyes. Scientists knew vitamin A contained part of a specialized light-sensitive molecule in the eye’s receptors, and wondered if an alternate form of vitamin A could promote different light sensitivity in the eye. They fed volunteers supplements made from the livers of walleyed pikes, and the volunteers’ vision began changing over several months to extend into the infrared region. Such early success went down the drain after other researchers developed an electronic snooperscope to see infrared, and the human study was abandoned. Other nations also played with vitamin A during World War II – Japan fed its pilots a preparation that boosted vitamin A absorption, and saw their night vision improve by 100 percent in some cases.\