Vice president, Dadi Perlmutter, of Intel’s Mobility Group, hopes to ship an optical cable, called Light Peak, by 2010. Light Peak will first be introduced into the market as being able to transfer data at 10 gigabits per second. Future versions will be able to transfer data at 40 and 100 gigabits per second as the manufacturing process becomes cheaper.

A single Light Peak cable will be capable of transporting multiple types of data simultaneously such as transferring data to a hard drive, connecting to the internet and transferring video.

Each end of the Light Peak cable will be connected to chips that contain light producing devices, encode data, and transmit data. The chips will also amplify data and convert the light to electrical signals. 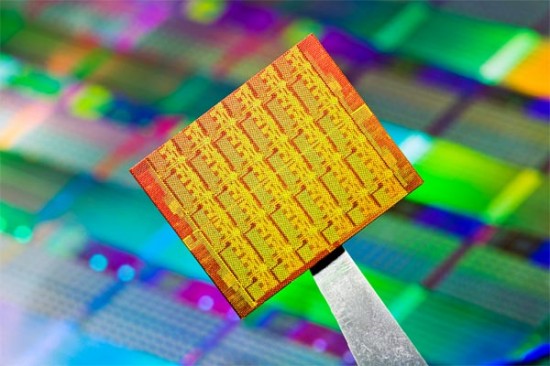 Researchers are hopeful that silicon photonics will eventually replace copper wires on motherboards and microprocessors by making high-bandwidth connectors cheaper.

The first generation of Light Peak cables will use the same type of optical chips used in telecommunication devices today. Intel will be able to drive down the cost of these chips because the manufacturing standards are less stringent.

The lasers and detectors inside the chips are not required to be high performing. The chips don’t need to transmit data over great distances as required in the telecommunication industry.

Intel is currently working with other companies to form partnerships. Sony is supportive of Intel’s Light Peak technology, with more announcements coming.

Here is the demo of the light peak