The world was saddened when it was announced one Friday morning that Chef Anthony Bourdain is already gone. The famous chef – we saw him on TV travelling to different places and trying out culinary cuisines that at some point some of us want to be like him. He had what we thought –a good life. And although we want to settle on the feeling of sadness, we all know that his life was worth celebrating. Today, we’ll try to honor him by remembering who he was that made him for us an inspiration.

He Maybe a Culinary Artist, but his Dream was to become a Comic Artist

Just like some of us who had a dream job when we were Kids, Bourdain was not an excuse. He wanted to become a Comic Artist even before realizing that his fate was to become a famous Chef.  He co-authored  “Get Jiro!”  In 2011.

His First job was a Dishwasher at a Wedding Reception Bourdain would describe himself as a happy dishwasher. Stating that as his first job and was able to learn a lot from what he was used to be doing.

He quit smoking when his Daughter was born

Bourdain enjoyed smoking before his child was born but according to him, he had already more time on this world than what he probably deserved. So, he thought he owe his child a longer life.

He had a Crime Novel Published

Not only that he was a great chef and great illustrator, but he was also a great writer! His Crime Novel – Bone in the Throat was published in 1995.

He Co Owns the Good and Evil Chocolate Bar 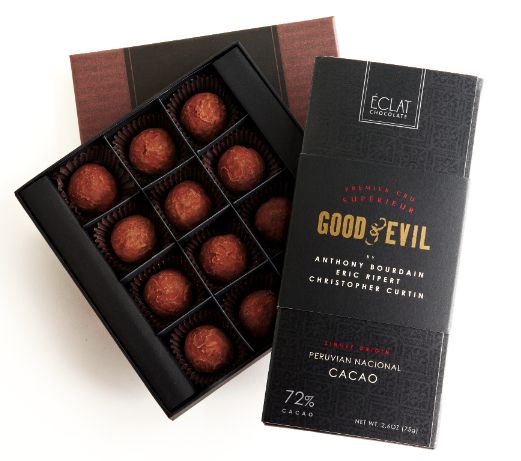 Okay so he’s a writer, a great chef and a traveler but he was also a chocolate expert! His chocolate bar is out in the market and it’s made up of 72% premium cacao by Master Chocolatier Christopher Curtin. Well, guess it deserves a try!

He Showed Us that Adventure Is Out There!

Being a traveler that he was and a foodie who was brave enough to try different foods even the exotic ones, he showed us that there’s a vast world out there waiting to be explored! He was not an ordinary traveler! He let us see a different perspective where we could learn how to appreciate different cultures!

Truly, Anthony Bourdain was a great loss. He was one of the few who defied the odds. He was brave and adventurous. But he taught us one thing –  life maybe full of struggles and bumpy roads, but nothing would make it better than you just enjoying the ride.